Prosperity Gospel is also known as the "wealth and health" Gospel.  This Gospel is an export from America and it appeared that Africa is one of the largest importer of such Gospel.  You must have read many stories coming from America where this Gospel is well known and easily identified by people outside of the US.  We can easily read from on line Christian sites about such churches.  We in Asia is not immune to such Gospel. In Singapore there was such a church whose senior pastor was accused of using the church's funds to promote the secular musical career of his wife.  Despite the fact that the government has investigated and charged the senior pastors and his managers, the church continue to thrive.  In fact, it was reported that immediately after the case came to light, the attendance at this church actually increased!  What is the matter with the Christians?  Each believer makes his/her decision about the church he/she is attending and certainly there are many who do not see anything wrong with their church.

In the US there are many more of such mega churches peddling the prosperity Gospel.  The Trinity Foundation, a non profit organization has been helping the authorities to investigate such churches and similar organizations.  Some of these evangelists, you will be familiar: Kenneth Copeland, Benny Hinn, Paul White, Jocye Meyer, Creflo Dollar, Eddie L Long and others.  Many Christians outside of the US are reading the books by these evangelists, and it will be wise for you to check the Bible whether what they preached are biblical.  You may unknowingly misled by their teaching.

Watch the videos below:

Hours after Pope Benedict announced his resignation from his job, lightning strike the vatican.  Is this a sign from God?

Say "I love you" this Chinese New Year 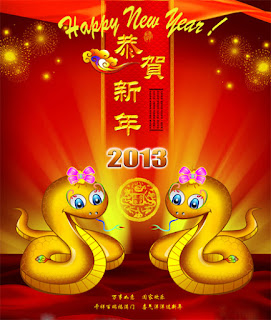 To say "I love you" for many Chinese is a difficult thing.  Culturally Asians do not express their love for one another by expression in words.  Whether it is parents saying to their children or children to their parents.  However, we know love is very important for any human relation, and this is what glue the families together.  This is the Chinese New Year season again, in fact the first day of Chinese New Year is tomorrow 10th Feb 2013.  Over the years, Malaysian organizations have recorded meaningful Chinese New Year commercials which were touching and meaningful.  A Malaysian advertising agency Naga DDB directed one called, Say I love you this Chinese New Year.  Basically it is about people writing to their parents to say "I love you" and the crew went around interviewing these parents. All of them showed much love for their children and also children for their parents. It is about the importance of love for each other and not the "ang pow" ( money in red packet given out during Chinese New Year) or any other things.

As Christians we know God commanded us to love one another.  This is a great teaching of the Christian faith.  What God says about love in 1 Corinthians 13:4-7, 4 Love is patient, love is kind. It does not envy, it does not boast, it is not proud. 5 It does not dishonor others, it is not self-seeking, it is not easily angered, it keeps no record of wrongs. 6 Love does not delight in evil but rejoices with the truth. 7 It always protects, always trusts, always hopes, always perseveres.

By the grace of God all human knows the value and importance of love.  We are all born with this quality, it is just what extent we apply it in our lives. 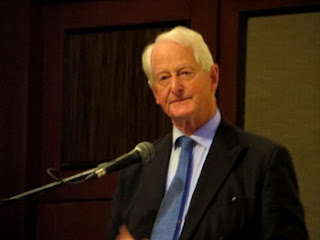 In 1985 as the Vicar of Holy Trinity Brompton, he helped pioneered the Alpha course.  The Alpha course is an introduction to the Christian faith.  In 2005 he stepped down from his post and the Alpha course was taken care by Nicky Gumble. Nick Gumble further developed this course to its present worldwide appeal across denominational lines. There are now many variant of the course, such as Alpha Senior, Alpha Campus, Alpha Prison, Alpha Youth, and those under the Relationship Central banner.  Millions of people have taken the Alpha course, and they are now in 120 countries worldwide.

Bishop Sandy said that he believed the reasons for the success of the Alpha course are:  a) Vicar Nick Gumble worked very hard on this course.  Indeed he had put in all the efforts in improving the course to appeal to the non Christians first in the UK and later worldwide.  According to Bishop Sandy he had put in tremendous effort in ensuring its success.  One important point is that Alpha involves the laity and not only the clergy.  People can help with the venue chair/table arrangements, caretaker foods, invite friends, and be facilitators etc.  b) The Alpha course Bishop Sandy said he humbly believed is a gift from God.  He emphasized that Alpha is not a program but a tool.  It is a tool that all of us can use to share the Gospel with non believers.  The theological part of the course are already in the video all we have to do is to share with others, and let them ask questions.

Later, Arch Bishop Bolly Lapok of the Anglican church in his speech advised his clergy in attendance to seriously look into using this tool to evangelize in their respective areas.

Alpha National Director Foo Lai Wei gave the audience an overview of what Alpha has done over the few years in Malaysia and what it is going to do this year.
Posted by FBC -Cell J at 6:27 AM No comments:

Nigel and Donavan Touched Many in Singapore 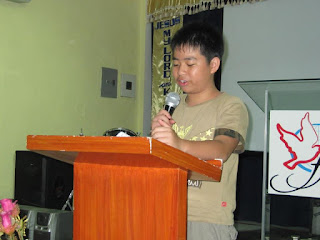 Recently two Christians brothers Nigel Yap 13, and Donavan Yap of Tampines Singapore were killed by a cement truck while they were riding their bicycles.  It was heart wrenching to read their story first on online news and later on Pastor Kenny Chee's blog ( above link ).  Such young lives taken away in just minutes by a careless driver.  Like Pastor Kenny said we do not know why such tragedy happened to innocent people, but we know we have a good God who sustain us in precisely times like these.  Roman 8:28 "And we know that in all things God works for the good of those who love him, who[i] have been called according to his purpose".

Please read the testimony of their mother in blogpastor,net at the above link.  The children's mother testimony is the evidence of a Good and Glorious God we have.  If not for our God, the children's parents will not have the strength to carry on their lives here.  Nigel was the one who brought her parents from the verge of a divorce and in the process he also helped reconcile his whole family.  This is a story of great love that only our Almighty God could produce in us.  He first love us and He enables us to love others in return.  Only our God can do such things.

Despite the tragedy, this sad story touched many people in Singapore and beyond.

"Father God, we pray for the grieving parents of Nigel and Donavan, and Lord that they will be comforted by follow Christians in their church and community.  They have stood tall despite the tragedy because of your love.  Lord let them also show their love that you gave them to others they meet so that your Gospel may be proclaimed to those who do not yet believe in Jesus.  In Jesus Most Precious Name we pray Amen."

Note: Above picture of Nigel.  You can read his testimony on facebook at https://www.facebook.com/SembawangAG