Call To Prayer on the Allah Issue 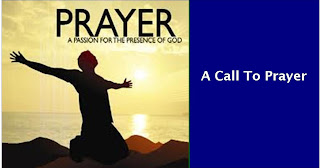 http://www.necf.org.my/newsmaster.cfm?&menuid=43&action=view&retrieveid=1517
Tommorow 22nd Aug 2013 is an important date for all Christians in Malaysia.  It is very important to East Malaysians Christians because the majority of Christians in the two states of Sarawak and Sabah use Bahasa Malaysia
( Malay language ) in their Bibles and also their worship.

The Malaysian government is appealing against the court decision earlier to allow the Catholic Herald to use the word "Allah" to mean "God" in their publications.  The government maintained that only the Muslims have exclusive rights to use "Allah" to mean God and no other religion in Malaysia has the right to use this word to refer to their "Gods".  Despite historical and theological evidence against the logic of Malayisan Muslims, they insisted that they have the exclusive rights to the word "Allah".

All Christians in Malaysia do not agree that the word "Allah" is eclusive to the Muslims because this word predate Islam, and have been in used in the Malay Peninsula before the creation of Malaysia.  It has not been an issue for decades untill recently.  Banning the use of this word will have a great impact to East Malaysian Christians because more than 80% of the Christians use Bahasa Malaysia (Malay language) Bible and also worship in this language. This Bible contains the word "Allah" to mean "God".

On 22nd Aug 2013, between 9 to 12 noon the court of Appeal will be deciding on this case, and all Christians are urged to pray and fast during this period when the court will be in session.  We pray for God to grant us favours, and to enable Malaysian Christians to worship freely and to use the word "Allah" in our Bahasa Malaysia Bible without any hindrance from the authority.  We pray against parties trying to take away the rights of Malaysian Christians rightfully granted in the Federal Constitution.

Man may has his ways but it is God ways that prevail.  Hallelujah!

"Many are the plans in the mind of a man, but it is the purpose of the Lord that will stand" (ESV)