AM I Sarawak's Keeper ? 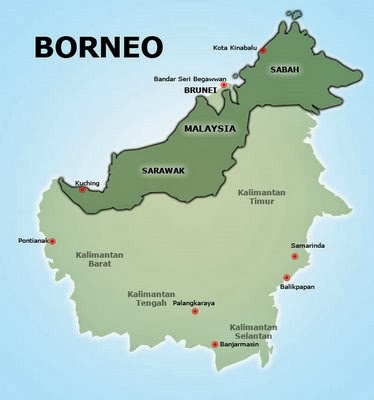 Last Sunday, a speaker shared at our church.  The title of his sharing was "Am I Sarawak's Keeper ?". This is an important question for all Sarawakians because our rights have been threathened over the years.  In particular now, our religious rights as Christians.  He illustrated his point with Genesis 4:9 when God asked Cain where was Abel.  Cairn answered whether he was his brother's keeper.  His answer implied a) I don't know b) I don't care.  Well, as Sarawakians do we care or not ?

If we want to keep our rights as Sarawakians we must care because this has been promised to us before we join the Federation to form Malaysia in 1963.  Sarawak and Sabah were equal partners in forming Malaysia.  Sarawak has not given up its religious rights unlike Sabah. Meaning, Sarawak does not have a state religion.  People are free to worship.

The speaker also said we are here not by accident.  He supported his argument by refering to Colossians 3:11, Deutoronomy 32:7-9.

Indeed Sarawak has been blessed because we were ruled by the Brooke and British govrnment who were essentially Christians.  Principles they applied were Christian based.  All in we were rule 122 years by them.  From them we had our Christianity, Christian heritage, system of government, and generally freedom in Sarawak.

Before Sarawak join the Federation to form Malaysia, the British was very concerned and in many of their documents they emphazied the need for religious freedom for the people of Sarawak. Sadly we are seeing this freedom slowly being eroded.  According to the speaker it is by God's grace that dispite the persecution the numbers of Christians increased from 7.9% in 1947 to 42.6% in 2000.  Therefore, we must continue our efforts to ensure Christians have our rights to practise our religion in Sarawak.

If you are a Sarawakian you should ask yourself "Am I Sarawak's keeper?"