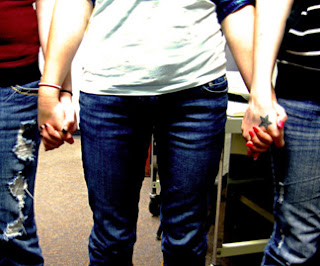 Christians all over see this as a common threat to Christianity. Some ways can be subtle but in many ways they are direct "attack" on Christianity. Like banning prayers in American schools, wearing Crosses to work in certain hospitals not allowed in U.K, making abortion lawful in many countries, banning Christian worships in many countries, and the list goes on. Here Christians find common grounds against the enemies.

As Christians we are called to serve others and not be served. Threat our neighbors as ourselves. We can see the tremendous out pouring of Christian aids to the tsunami and earthquake in Japan recently, and other humanity aids Christians are doing all over the world.

We are stewards of this earth, and we are to take care of the environments. We need to care for this earth which is the only place to can live ( at this moment until you can live in space!). Global warming,disaster that cause environmental damages, pollution and others, they are our "babies".


Technologies like the internet is power. It helps the Churches to evangelize to people groups that were not possible in the past. Now, with the internet the Churches can bring their messages to the masses as long as you have internet connection. In places where Bibles are not allowed, you can read Bibles in so many languages on the net. Praise God for technologies!

Keller a Pastor, intellectual, and a person who has tremendous influence in the Christian community around the world. He is "a model for the sort of Christian leader who will build consensus and spark enthusiasm among a diversity of Christians in the years to come".

Christians agreed "1) Christ will return and reign, 2) Evil will be defeated once and for all, 3) Justice and peace will abide, 4) The dead in Christ will rise, and 5) a new creation will ensue."

To read the full article click on the title of this post.
Posted by FBC -Cell J at 10:27 AM