From Pastor-Singer to Geisha Girl 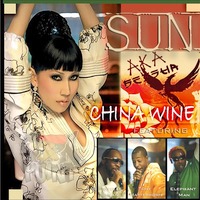 As the City Harvest saga is been taken care by the authorities in Singapore, The Star newspaper in Malaysia has reported on the singing career of Pastor Kong Hee's wife Sun Ho.  From the story it appeared that initially her intention was wholesome and tolerable to many Christians although her songs were secular in nature.  As her career progressed her performances and dressing seem to lean more towards the secular world.  It was reported that as she wanted to attract the non believers to Christianity and to get their attention she dressed and perform just like any popular artist.  The video that set tongues waging was "China wine".  Her performance there was no different from any popular singer of the world. ( watch on Youtube) Personally it was really unbecoming of a pastor's wife to dress, and performed those moves in the video.  In the end it was doubtful that she achieved her objective of bring more people to Christianity.

A music director commented, “To use pop music to promote Christianity, I think, is fine. But there are many types of images you can adopt and that was so inappropriate to Christianity.”

Labels: From Pastor-Singer to Geisha Girl