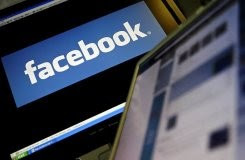 Social networking sites such as Facebook, Twitter and others are indeed double-edged swords, they can help or harm. The recent news about a Canadian woman’s insurance claim was denied by the insurance company is a good example(read story below).
Our young people don’t seem to understand this problem from the ways they talked about themselves, their families, and uploaded all sort of pictures, one day these may come back to haunt them. I have read of a case where an employee said some damaging things about her employer on Facebook, she was found and fired! We need to warm our youngsters to be discerning and careful in putting information on the internet, pictures included. Nowadays, employers are checking thoroughly applicants, and the undesirable information on the net about oneself can be damaging.

19When there are many words, transgression is unavoidable,
But he who restrains his lips is wise.

The second part of this proverb said it clearly to restrain what we say as in normal talking, and also writing a blog or on anything on social networking sites.

By Agence France-Presse, The Washington Times, 22nd Nov, 2009
MONTREAL | Facebook can be a double-edged sword, a Canadian woman learned when an insurance company cut her health benefits, claiming she was healthy after seeing pictures of her smiling in a bikini at the beach.
Nathalie Blanchard, 29, took long-term sick leave from her job at IBM in Bromont, Quebec, more than a year ago for severe depression. She was receiving monthly benefits from her insurance company, Manulife.
When Ms. Blanchard called Manulife to inquire why the payments dried up, the insurance company said that "I'm available to work, because of Facebook," she told CBC television.
She said that Manulife cited several pictures Ms. Blanchard had posted on her social-networking Web-site page, including some showing her enjoying herself during a male strip-tease show at a Chippendales bar, celebrating her birthday and sunbathing.
Based on these postings, the firm claimed Ms. Blanchard was no longer depressed.
Manulife declined to comment on the incident, but said in a statement that "we would not deny or terminate a valid claim solely based on information published on Web sites such as Facebook."
But the company did recognize that it uses such information to learn more about its clients.
Posted by FBC -Cell J at 8:31 PM