Gambled Away RM8 million in 3 years. 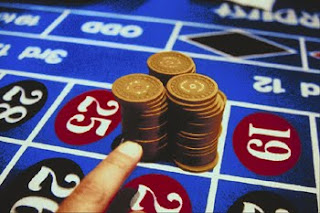 The news of a teenager gambling away Ringgit Malaysia 8 million (about USD2.65 million) in 3 years was reported in The Star, a Malaysian national newspaper today. It was a shocker, imagine the amount of money wasted. Apparently this teenager started gambling at 16 years and by the time he reched 19 years he had blew away RM8 million! It was reported that his father was a compulsive gambler and he followed his footstep. Like father like son people say.

The Bible does not comdemn gambling but in 1 Timothy 6:10 says “For the love of money is a root of all kinds of evil. Some people, eager for money, have wandered from the faith and pierced themselves with many griefs.”
( Now, his millionaire father is grieving and forbade him to gamble ).

Matthew 6:24 reads “No one can serve two masters. Either he will hate the one and love the other, or he will be devoted to the one and despise the other. You cannot serve both God and Money.”

( People who served mammon falls into the trap ).

Gambling may not necessarily be bad, but there are too many cases all over the world of the evil of gambling. Gambling includes buying all types of lotteries. In any case, the Bible warns in Proverbs 13:11 “Dishonest money dwindles away, but he who gathers money little by little makes it grow.”

There is a Malay saying "Sedikit sedikit lama lama jadi bukit" literally means "a little by little you can build a mountain".
Posted by FBC -Cell J at 7:41 PM