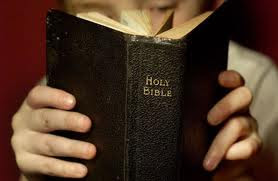 A recent poll by Life Way Research found that frequent Bible reading can turn you liberal on many societal issues like abortion, capital punishment,homosexuality and others. The researchers were surprised by this result. On the other hand it may not be so surprising because God wants us to follow His commands and He meant good for us if we obey Him. Liberalism here is not about anything goes, but about God's instructions for us to live a righteous life, thus living with consideration for others and upholding God's commands. As we discover the truth of God while reading the Bible, it some ways we become more liberal in judging societal issues. This phenomenon may be discovered in America, I suspect it applies through out the world.

"Frequent Bible reading has some predictable effects on the reader. It increases opposition to abortion as well as homosexual marriage and unions. It boosts a belief that science helps reveal God's glory. It diminishes hopes that science will eventually solve humanity's problems. But unlike some other religious practices, reading the Bible more often has some liberalizing effects—or at least makes the reader more prone to agree with liberals on certain issues. This is true even when accounting for factors such as political beliefs, education level, income level, gender, race, and religious measures (like which religious tradition one affiliates with, and one's views of biblical literalism)."

To read the full article click on the title of this post.
Posted by FBC -Cell J at 4:04 AM