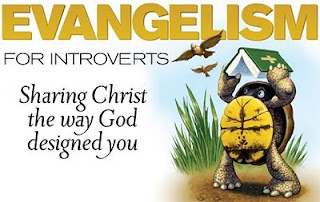 In the pre-service prayer Sister Sarah shared on Acts 2:16 about what Prophet Joel said in the last day and also about Brother Teck Hwa blowing the trumpet. Brother Teck Hwa continued and read Joel Ch. 2 "Blow the trumpet in Zion, sound the alarm on my holy hill. Let all who live in the land tremble." He has a burden on his heart to share about what the Lord is doing in FBC and that the Church is going to do something new. He called for the Church to fast and pray which was later affirmed by Brother Malcolm in a short annoucement in Church.

Our Church had the privilege to host Brother Foo Lai Wei, National Director, Alpha Malaysia, his wife, Sister Joanna of Alpha as well as Kudip also of Alpha.

Brother Foo shared that the concluded Alpha Conference was the best one he has ever attended. He praised the organisation and organiser Sister Perpetua Pang. More so he said Kuching can be the center to reach out to West Malaysia and beyond. Christians here are united in one accord, and it is time to reach out.

Brother Foo share on Luke 10:1-4, where the passage said the harvest is plenty and the workers are few. He said this was written thousand of years ago, yet it is still true today. He encouraged all of us to do something and evangelise to win souls for Christ.

Many people thought it is sowing time, but God said it is harvest time. If only one Christian can win a soul a year, the result can be tremendous according to him.

I learnt that Brother Foo worship at FGA Kuala Lumpur which incidentally was also my former Church when I worked in KL. In fact, I was baptised there a while back. While praying for me in Church I shared with him this information and he was glad that he has met someone from his home Church. I am still keeping in touch with my friends from FGA, and worship there when I go to KL.
Posted by FBC -Cell J at 3:19 PM