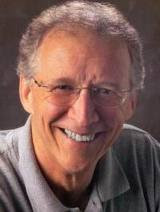 22 You shall not lie with a male as with a woman; it is an abomination. Leviticus 18:22

The trouble is that many people are accepting homosexuality as normal. Piper said the calamity is that people are celebrating it. He said "alongside its clearest explanation of the sin of homosexual intercourse (Romans 1:24-27) stands the indictment of the celebration of it,"

Sins not only affect homosexuals but also heterosexuals, what he is doing is helping the church to see the assault on the church. He is not the only one seeing homosexuality as sin of a nation, John MacArthur in my previous post also spoke about this issue.

This is an issue the church worldwide has to face as more countries are accepting homosexuality as normal. In Malaysia homosexuality is against the law, so people who are homosexuals are laying low to avoid the law.

To read John Piper's article click on the title of this post.
Posted by FBC -Cell J at 8:41 AM