Internet The Greatest Threat To Christianity 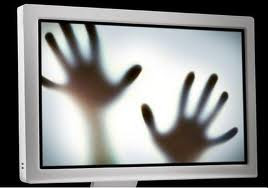 "The Internet is weakening Christian witness and “we better wake up to it because it’s just beginning.” McDowell added that his greatest asset, value-wise, used to be his time until a year and a half ago. “My greatest asset now is my focus. There is so much out there just one click away, what am I going to focus on?”

McDowell, who considered himself an agnostic before accepting Christ, warned that the sexual immorality through the Internet was “marginalizing the maturity of the witness of Christ…all over the world.” It’s an “invasive, intruding immorality… that is all just one click away.” He said the majority of questions young people ask him are about sex, mainly “oral sex.”

Just the other day I was watching Oprah Winfrey show and the topic of discussion was how pedophiles used the internet social network sites to befriend young children. Although the show was taped in 2008, I believe the problem is now more extensive than before.

This news is a warning message to us here and if we want our children to be brought up as Christians we have to instil in our children God's Words and His commands. I believe it is not too late because God has promised His people He will not leave nor forsake us if we are willing to follow Him.

To read the full article click on the title of this page.
Posted by FBC -Cell J at 4:39 PM