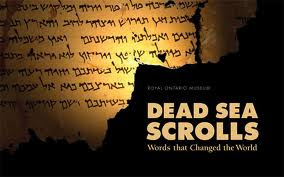 The dead sea scrolls were discovered near the dead sea from 1947 to 1950 and they contained Biblical and non biblical accounts. The Hubble Telescope which was launched into space in 1990 to search the stars are still providing images and information from space which have not been see before.
One of the scrolls called Qumran scroll is the most complete book of Isaiah found. It is also 1,000 years older than previously thought. Scientists said that the Hubble telescope revealed the great energies behind the universe which was prophesied by Isaiah.
The passage in question, Isaiah 40:25-26, reads:

"To whom will you compare me? Who is my equal?" asks the Holy One. "Look up into the heavens. Who created all the stars? He brings them out like an army, one after another, calling each by its name. Because of his great power and incomparable strength, not a single one is missing."

Isaiah did not have such a telescope to see the great power, therefore he must have God's special revelation to know of such great energies in the universe.