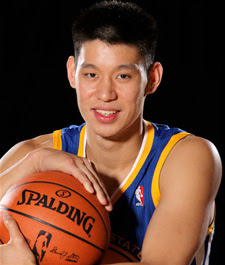 Persecuted Christians in China are inspired by the over night successes of Jeremy Lin, the professional basketball player from US. He is not even Chinese in the strict sense because he is American Chinese. This is good news for Christians everywhere, at least he is open about his faith. A lot of times famous celebrities in the US do not speak about their faith because of pressure from secular society. But for Jeremy he spoke about his faith and that inspired people, even to Christians in China. Not many people know about his Christian faith in China, but some micro bloggers are aware of his Christian faith. They commented :

"Your physical agility has shown me the glory and omnipotence of God," wrote one Internet user.

"How should young Christians live the life of the Lord?" another blogger wrote. "We have a good example in Lin Shuhao's miraculous performance and we should cheer him on."

A seminary professor in China said she will use Lin's Christian faith and successes as example in teaching theology.

It is heart warming that a fellow Christian is inspiring many other Christians in other countries. In this process Christianity is spread far and wide.

Some how Jeremy's story reminded me of a hymn called "Stand up, stand up for Jesus".