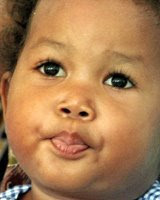 Tragically, violence occurs in all spaces most familiar to children : in homes, schools, parks and communities they live in. Children also suffer abuse and exploitation in orphanages, on streets, in the workplace, in cyberspace as well as in prisons and in places of detention.

Violence affects children’s physical and mental health, impairs their ability to learn and socialise, and undermines their development as functional adults and good parents later in life. In the most severe cases, violence against children can also lead to death.

As in most other countries, violence against children in Malaysia remains mainly hidden behind closed doors making it difficult for an accurate determination of its prevalence. Only the most extreme child abuse and neglect stories are reported, often involving tragic elements of disturbing injuries, sexual abuse or even death.

The causes of violence against children are complex. Family breakdown, stress, chronic poverty, unemployment, mental health disorders, substance abuse, homelessness, community violence as well as lack of quality parental time are some of the significant factors contributing to cases of abuse and neglect of children.

In 2007, Malaysia’s Ministry of Women, Family and Community Development reported 1,494 child abuse cases, with neglect and child sexual abuse cases being the highest. Nearly all the cases reported took place in the home, with abuse mainly committed by male relatives.

International experience however suggests that reported cases are likely to represent only 10 per cent of total cases perpetrated as most victims and their families remain too ashamed or unable to report the violations against them.
Posted by FBC -Cell J at 9:52 AM