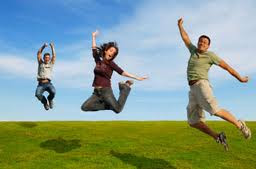 Christian Fellowship UK did a survey and found that Christians live healthier and longer life span. It was reported African American who are Christians live 14 years longer than non believers of this category.

From general observation in Churches in Malaysia you can observed that very few Christians smoke. Smoking is one of the important risk factor of many diseases. Christians also generally involved in healthy life-style like exercising regularly, do not eat excessively, and practice healthy habits.

Although there are many physical benefits from being a Christians, the report cautioned:

“Christians should not promote health benefits as the primary reason for coming to faith in Christ. Jesus came into the world to work a far deeper transformation in human lives than simply curing disease.”

To read the full report click on the title of this post.
Posted by FBC -Cell J at 3:44 PM