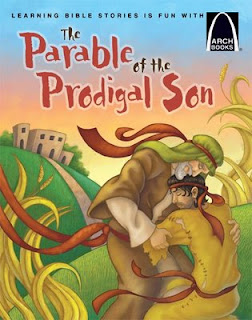 Pastor Dan Delzel of Wellspring Lutheran Church, Nebraska wrote saying America is living like the prodigal son as written in Luke chapter 15. He said that there is strong correlation between sexual immorality and over spending. Like the prodigal son in Luke 15, he spent his fortune on wine and women and in the end he had nothing. Pastor Dan Delzel said, "America is bleeding badly today. Sexual immorality is rampant, as is overspending. This lack of self-control eventually catches up with the body, the soul, and the economic survival of the nation. The only way to fix both problems is to recognize where you went astray from God's plan. Without that recognition and a sincere turning to God in repentance, there is no way to avoid complete destruction."

Last Sunday a speaker in Church just reminded us to guard our hearts against darkness in this world. Our country is modeling America and it is also "living like a prodigal son". Sexual immorality seems to be on the rise. Everyday we watch T.V news of raids on nightclubs where women from countries like China, Vietnam, Thailand and Philippines worked as guests relation officers who usually provide sexual services too. Even in our small city there are so many reflexology centers supposedly providing massage services. However, they provide more than massage services. Men are attracted to these centers because of these "extra services".

The lesson is that God wants His people to return to Him. He is a loving God who forgives those who asked Him.

"If my people, who are called by my name, will humble themselves and pray and seek my face and turn from their wicked ways, then will I hear from heaven and will forgive their sin and will heal their land." (2 Chronicles 7:14)