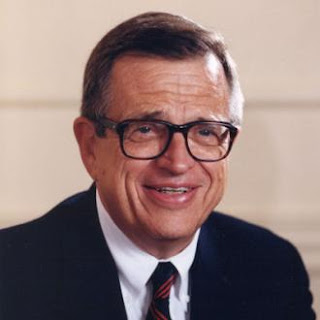 In an interview with Time magazine, Prison Fellowship founder Chuck Colson denounced the "feel-good kind of Christianity" he sees being promoted in churches.

"It believes its job is to make people happy and take care of their problems," said Colson, also author of The Faith: What Christians Believe, Why They Believe It, and Why It Matters.

But the church's job, he noted, is to make people holy.

The well-known evangelical and former aide to President Richard Nixon launched the Chuck Colson Center this month to provide resources that would help train people in biblical worldview. His aim to help Christians live in obedience to and for the honor of Jesus Christ in every area of their lives and to help them transform their communities through biblical truth.

After more than 30 years of working with inmates through Prison Fellowship, Colson told Time that many of the prisoners were "products of a failed worldview – that modernity would make everything better."

The purpose of the Colson Center, he explained, is to penetrate culture and expose "the Lie."

"The frontal assault over the last several years has proven inadequate," Colson said. "What we must do now is be salt and light, rubbed into the culture so to speak, in such a way that the people and institutions around us slowly begin to understand that they have embraced the Lie. Our job is to expose the Lie and replace it with the Truth of a biblical understanding of all of reality."

His articles addressing cultural questions and tackling current news and trends from a Christian perspective have been made available on his new Colson Center website.

He hopes the center will be the capstone of his career and maybe his greatest legacy.

Colson became a born-again Christian before pleading guilty to Watergate-related charges. After serving seven months in Alabama's Maxwell Prison in 1974, he founded Prison Fellowship Ministries and wrote 20 books which have collectively sold more than 5 million copies.

source: Christianitypost.com.sg
Posted by FBC -Cell J at 9:53 AM