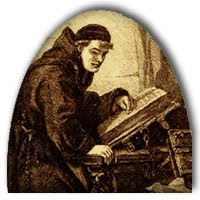 The practice of the presence of God is part of our prayer life. One giant of this practice was Brother Lawrence.

Brother Lawrence was famous for his practice of the presence of God. He was a 17 th Century monk, and to this day his works are studied in particular about the practice of presence of God. In fact, his work consisted of his conversations and several letters to his monastic friends like nuns,sisters and brothers.

He was born Nicholas Herman in 1610 in Lorraine, France. (died 1691). He started work as a soldier and left crippled because of wounds in the war. For a short while he lived in the wilderness like the dessert fathers before he entered a monastery in Paris in his mid life. Hired as a cook in the monastery and given the name Brother Lawrence. He struggled as a cook for the first ten years, but “perfected” the presence of God in the process.

We can learn from this humble monk. In fact his works consisted of only conversations and several letters to his Carmelite friends and yet he has profound impact on Christians ever since. His life is an inspiration for us and we can learn from him. This should be a lifestyle for us to emulate.

Here is his first letter to his friend. For those who want to read more about him please check out website:http://www.ccel.org/

Here is his first letter.

Habitual sense of God presence
First Letter: You so earnestly desire that I describe the method by which I arrived at that habitual sense of God's presence, which our merciful Lord has been pleased to grant me. I am complying with my request that you show my letter to no one. If I knew that you would let it be seen, all the desire I have for your spiritual progress would not be enough to make me comply.

The account I can give you is: Having found in many books different methods of going to God and diverse practices of the spiritual life, I thought this would serve rather to puzzle me than facilitate what I sought after, which was nothing but how to become wholly God's. This made me resolve to give the all for the All.

After having given myself wholly to God to make all the satisfaction I could for my sins, I renounced, for the love of Him, everything that was not God; and I began to live as if there was none but He and I in the world.

Sometimes I considered myself before Him as a poor criminal at the feet of his judge. At other times I beheld Him in my heart as my Father, as my God. I worshipped Him the oftenest I could, keeping my mind in His holy presence and recalling it as often as I found it wandered from Him. I made this my business not only at the appointed times of prayer but all the time; every hour, every minute, even in the height of my work. I drove from my mind everything that interrupted my thoughts of God.

I found no small pain in this exercise. Yet I continued it notwithstanding all the difficulties that occurred. I tried not to trouble or disquiet myself when my mind wandered. Such has been my common practice ever since I entered religious life. Though I have done it very imperfectly, I have found great advantages by it. These, I well know, are due to the mercy and goodness of God, because we can do nothing without Him; and I still less than any.

When we are faithful to keep ourselves in His holy presence, and set Him always before us, this hinders our offending Him and doing anything that may displease Him. It also begets in us a holy freedom, and, if I may so speak, a familiarity with God, where, when we ask, He supplies the grace we need. Over time, by often repeating these acts, they become habitual, and the presence of God becomes quite natural to us.

Please give Him thanks with me for His great goodness towards me, which I can never sufficiently express, and for the many favors He has done for so miserable a sinner as I am. May all things praise Him. Amen.
Posted by FBC -Cell J at 8:23 PM