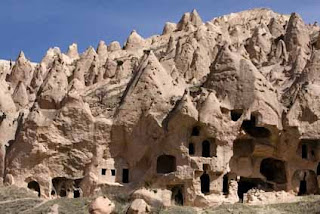 Last evening, again we had our Cell meeting at Brother Howe Tung’s and Sister Chuei Lian’s home.( 4 Cells combined) A “big thank” to both of them for hosting our meetings for the past several weeks. Thank you for your generosity.

Uncle Ben shared about his work in Prison Ministry. We would like to appreciate him, Brother Song, Pastor Kueh and Brother Chin for their efforts. Their work is not very well appreciated by others because they are low key as well the work involving just a few of them.

When asked why he decided to serve in the Prison ministry he quoted Luke 4:18 - 19

Since Uncle Ben started this ministry 15 years ago, his team has baptised 303 prisoners, mostly from Indonesia, China, India and Africa. Their team minister to the prisoners a few times each week. Uncle Ben and his team had special permission from the Prison Director. Now he also hold special permit to visit and share the Gospel with prisoners sentenced to death.

The Prison ministry here is also associated with Prison Ministry International, and they keep each other informed of prisoners in each other’s country. He related that was where he found that a Sarawakian prisoner in Perth who turned out to be the son of Uncle Ben’s former classmate!

The new prison is ready on the outskirt of Kuching which also has a women section. Uncle Ben advised that he needed ladies to help because only women are allowed to attend to women prisoners.

On behalf of our Cell, we thank Uncle Ben, Brother Song, Pastor Kueh and Brother Chin for their tireless work.

Brother Chiew also shared about the modern cities in Turkey like Istanbul and other great cities. It was an interesting sharing especially about those Biblical

Here is a video of Biblical sites in Turkey