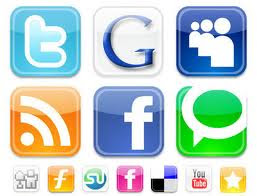 Social media like Face Book has been used very effectively empowering people to unite to change governments. In this process, many lives are saved, otherwise many would have died in the hands of oppressive governments. Of late, we witness such phenomenon in the Middle East like Egypt, Syria,Libya, Lebanon and Yemen. Many oppressive governments have been overthrew or in the process of being overthrow. Tools like Face Book has enabled many people to connect for a common cause, which they could not do previously. Although other medias can be used but they do not have the speed of social media like Face Book.

In other parts of the world, this media is used for other purposes like pursuing a cause or promoting an idea among the people in a country or community. Like anything that is meant for good can be used for bad purposes. Like in Malaysia recently, the police caught members of a gang of motorcycle thieves who used secret codes in Face Book to communicate and to organize their motorcycle stealing activities. Praise God that they were caught early! Several months ago it was aslo reported that a pastor in the US instructed his congregation to close their Face Book accounts because there were many cases of infidelities discovered among Face Book using church members.

Read a report of this issue by clicking the title of this post.
Posted by FBC -Cell J at 1:47 PM