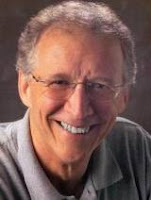 In an interview with Pastor John Piper, Pastor Rick Warren shared his struggle with pride. He said he has no problem with money and sex, but pride is a different thing altogether. There are many well known pastors who have fallen because of sex, money and pride. When the successful book Purpose Driven Life came out, Rick Warren became a celebrity Pastor. This book sold 3o million copies.

We ordinary people are not immune to pride, and many a time we ourselves got caught with this sin. We have to deal with pride on our level. We can learn from people like Rick Warren, John Piper and also Francis Chan who are exposed much more to the public and they face greater temptations to pride instead of focusing on God in what they do.

Rick Warren said "I didn't want to be a celebrity. I think always being in the spotlight blinds you,"

John Piper was facing similar problem, and he decided to take sabbatical leave for 8 months last year. He said he saw "several species of pride" in him and felt the need to reexamine his soul"

Francis Chan, former Senior Pastor of Cornestone community Church left his job about a year or so ago for the same reason. He felt that he was attracting the wrong attention. He was concerned that people are willing to travel more than 70 miles to hear him speak, instead of hearing God. The sickness of pride was larking too near for comfort and he decided to leave his Senior Pastor position to pursue what God has planned for him.

"When pride comes, then comes disgrace,
but with humility comes wisdom." Proverbs 11:2

To read the full interview click on the title of this post.
Posted by FBC -Cell J at 9:25 AM