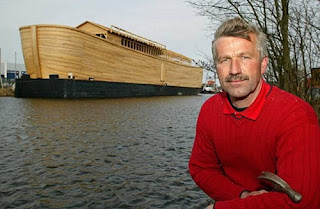 Last week I attended a Creation Apologetic seminar where I learned how we Christians can use creation as described in the Bible to defend our faith. It was incredible to see how the evidences could be found in the Bible.

Cretaceous limestone were produced by sediments in the water and this can be found throughout the world which proved that these areas were under water at the same time in history. Yet scientists do not accept Noah's flood as described in the Bible.

We are confident that God's Words cannot be wrong.

To read more click on the title of this post.
Posted by FBC -Cell J at 8:26 PM