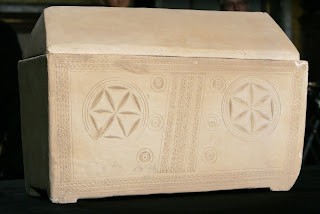 The Jesus Discovery is also a title of a book written by Professor James Tabor and film maker Simcha Jacobovici in which they claimed that they have found the tomb of Jesus and his family. They said the bones of Jesus and his family were found in 10 ossuaries and one of them marked with "Judah son of Jesus". These certainly contradict what modern Christians believed about Jesus who resurrected from death. Many experts disagreed with these findings, firstly their evidence are based on a robotic camera that took some images and there was not actual excavation of the sites and secondly those inscriptions were common in that era. These experts also said that this authors are only interested in selling their books and making money.

"Many experts agree with the Christian viewpoint that the controversial findings are false, not only for faith's sake, but to prevent archaeological and scientific misuse as well."


To read the full article click on the title of this post.
Posted by FBC -Cell J at 11:04 AM