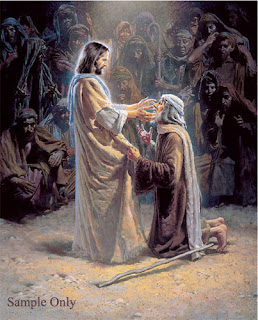 This Sunday our Bro. Song preached on Mark Ch 7:24 to Ch 8:10. His message focus on the healing of Jesus. He said Jesus continued to heal even today. Jesus came and He died for us on the Cross. People have many troubles yet if we are willing to come to Him we can be healed. Bro. Song has recently retired as a teacher. He has many stories about hurting students and how he helped them to come to Christ and be healed. His love for his students won him their respect. Even when he has to retire on 10th Oct 2010 some students felt hurt that he could not stay on until they finished school at the end of the year. But later they realized that the Education Dept will not allow him to stay even if he wanted to. Nevertheless, Bro. Song gave them his mobile numbers for them to call if they needed help. Such is the love of Christ in this Bro. Bro. Song is also in the prison ministries for more than a decade and he has many stories of prisoners coming to Christ when they were shown the love of Jesus. There was a former Sunday school teacher who turned to vice and was put in prison. He asked that his imprisonment be kept from his children, but his son of 10 years found that he was in prison. One day his son visited his father in prison, but his father was too embarrased to meet him, but the child said he forgave his father. His child's love and forgiveness reconciled this prisoner to his family. It was possible because Christ love us first, and His love enables us to love others.

The message of Bro Song is simple yet powerful. Praise God for this Brother!
Posted by FBC -Cell J at 4:38 PM