Preparing For The Sacrifice 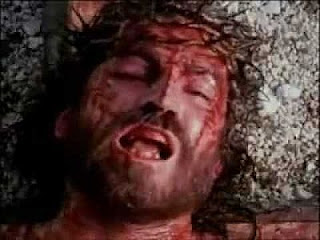 This is the title of the sharing by Bro. Micheal in our Church this morning.

Before going into the message proper, Bro. Michael asked "Do you know where you are going after you die?". He said as a young man a matured Christian asked him that and he could not answer because he did not know at that time. Now he knows. Indeed, if we are Christians we ought to know. Do you?

Bro. Micheal's message was based on Mark 14:1-42, the story of Jesus preparing for His sacrifice on the Cross. Bro. Micheal said when we read the Bible we have to put the passages into context, like when, how, why etc so that we do not misinterpret the messages.

He said even though Jesus knew that He was going to die, he carried out His teaching like usual instead of going away to pray and prepare for His death. But for us human, if we face anything serious we would withdraw perhaps to think through the things that were happening instead of going through our normal activities.

Like many of us, His disciples were ignorant, He was already going to the Cross, yet His disciples argued about who should sit at His right side in heaven.

Jesus also showed His human side by His prayers to the Father to remove the cup from Him. He was suffering and in agony as written in the Bible. Mark 14:36.
Posted by FBC -Cell J at 4:44 PM

Labels: Preparing For The Sacrifice