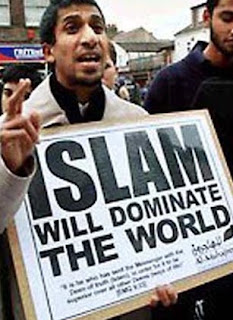 The turmoil in Egypt is disturbing to people who has knowledge of this country's history. Egyptian born Pastor Shaddy Soliman, now based in Florida spoke about his unhappiness with what is going in his country. On the surface democracy is good forEgypt but deep down it may not be so. The opposition group Muslim Brotherhood established in 1928 vehemently opposed any organization that is non Islamic. Of grave concern is its objective to destroy Israel. Pastor Shaddy gave example of Iran after the Shah's downfall, it is now rule by extremist Islamic regime. When asked about whether democracy will work in Eygpt, he said "Islam and democracy will never work. The idea of democracy is this: a government by the people, for the people, and lawmakers that make laws that agree with the people to protect the people. We vote our representative in. This is what Islam says, “People have no voice.” Islam says, “Allah gives us the law and the law is the Sharia law and we will enforce it to the world by the sword.” End of story." . Charles Colson, President of Prison Fellowship when commenting on democracy for Egypt also shared similar thoughts, he said the Muslim Brotherhood does not subscribe to democracy like we do. He said "To call the Brotherhood a force for democracy is insane-and dangerous".

Pastor Shaddy referred to Isaiah chapter 19 on the prophecy of Egypt. In the beginning things are bad eventually God will turn things around, but he does not know when. He said we all need to pray for peace in Egypt.

To read more click on the title of this post
Posted by FBC -Cell J at 11:32 AM