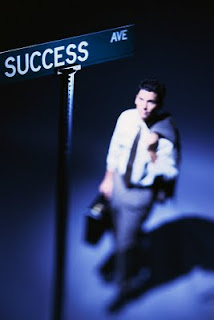 Many of us subscribed to the world's definition of success eventhough we are Christians. As you know worldly success means material wealth, but Christian success is different. Perhaps it is time for a change of perspective as the current financial turmoil leaves millions in dire situation because they do not know God. Instead they focus on the worldly mammon that do not last, they need to come to God to receive everlasting gift of life and mammon. Read on:

One of the prominent themes of the Covenant Evangelical Free Church theology conference is that people are called to be stewards.

God will not necessarily make believers rich, said The Rev Edmund Chan, the Senior Pastor of the congregation.

The Rev Chan was speaking on the need to recover a God-centered view of Scripture. He cited the example of Psalm 1, which has been used to support the view that God blesses believers with worldly success.

Calling such an interpretation ‘horrendous’, he said: “We need to radically redefine success in a world that is obsessed with being rich.”

The Rev Chan suggested that the message of Psalm 1 is that the approval of God is of 'ultimate' importance in life, because there is a day of accounting. It makes its hearers ask: by what are they approved before a holy God.

God calls believers to be stewards of what He has given them rather than giving any promise of wealth. In the call to stewardship, He may allow them to experience poverty, suffering or invite them to make sacrifices.

There may be cases in which Christians have become rich as a result of their faith. Even so, this is not God’s will for everyone and those who have received a windfall being Christians should not make that experience a normative one.

It is presumptuous for Christians to assume that God will do what they expect Him to as long as they have faith. The pastor gave the example of Jesus Christ who did not try to change God’s difficult will for Him to die on a cross.

The key, rather, is a faith that focuses on the attributes of God and willingly surrenders to Him. In short, it is a question of allegiance.

“No man can serve two masters,” he said.

Furthermore, there are all kinds of superstition in Christianity.

For example, Christians often connect unrelated incidents and think that God is telling them something or the devil is making mischief. But they need to accept that “things just happen”, The Rev Chan said, adding that he never tells his church that he has heard something from God until it is actually fulfilled. In this way, he has guarded against error.

In another instance, they may misinterpret Proverbs 18:21 that says that death and life are in the power of the tongue and claim that words can actually kill someone.

“It is not talking about literal life and death,” he explained. “What this means basically is a figure of speech… If you are not careful in exercising the tongue, a great deal of mischief can come about and hurt or if you use it wisely, a great deal of building up.”
Source: Christianpost, ingapore
Posted by FBC -Cell J at 8:01 AM