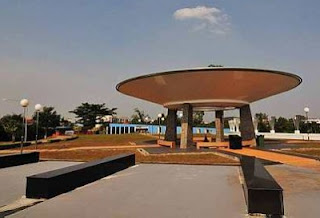 Our cell members from Sibu will probably relate to this story. Read below.
RM20m Masland Methodist Church Complex set to open in Sibu
Stories and photos by PHILIP HII

SIBU: This town is not done with honouring its much loved and revered missionary, the Rev James Matthew Hoover.

Together with Chinese missionary Rev Wong Nai Siong, Hoover’s place in Sibu’s history is linked to his role in helping the Foochows, who were instrumental in the growth of the settlement in the early 1900s.

It was Wong, also honoured as one of the town’s founding fathers, who successfully negotiated with the second white Rajah of Sarawak, Sir Charles Brooke, to bring in Chinese immigrants from Fuzhou province to open up the Rajang Delta for agriculture.

Hoover, an American, was sent to Sibu to teach and lead this group of mostly Christian migrants.

Both of them are remembered today with a memorial garden each at the place where they first landed, Sungai Merah, 5km from Sibu town.

The Wong Nai Siong Memorial is part of the Sungai Merah Heritage Walk constructed in 2001 to celebrate the centennial of the arrival of the first batch of Foochow immigrants.

“It is the only joint project by a local council and the Methodist Church in Malaysia,” said Daniel Ngieng, Sibu Municipal Council (SMC) deputy chairman.

He explained that the 1.25ha site belonged to the state, and designated as a public park by SMC.

“We are aware that Rev Hoover contributed tremendously to the early stages of Sibu’s development. “So when the church proposed building a memorial park for him, we eagerly played our part in tribute to this outstanding missionary and his wife,” he added.

The interior church’s interior has been massively renovated and installed with a new audio-visual system. It can accommodate about 1,700 people.

The L-shaped, multi-purpose building has 2½ storeys for its car park, three large halls for fellowship and conferences, administrative offices and the Methodist Kindergarten and Methodist Primary School located at the back.

The kindergarten and primary school combined have 1,800 pupils. There are also 10 guest rooms for visiting pastors, outstation members and Christian travellers.

Hoover Square, which can accommodate 1,000 people, is intended for concerts, dances and workshops.

The complex is not fenced, a friendly gesture to make it accessible to the public.

Masland Methodist Church, which employs six pastors and a staff of 15, has 5,000 members who donated RM13mil towards the construction and renovation costs.

The remaining RM7mil was borrowed from the Sarawak Chinese Methodist Annual Conference of the Methodist Church in Malaysia and will be repaid in instalments.
Ground breakers: Students of the first Methodist Anglo-Chinese school set up in 1903 in Sungai Merah, Sibu.
Posted by FBC -Cell J at 3:54 PM

Great post cellJ! I used AV Planners before and they did a good job! Here you go - http://www.avplannersinc.com/audio-visual