Praying for a Church 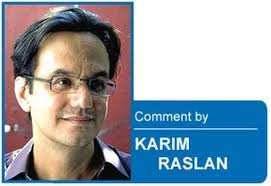 Here is an interesting article written by a Malaysian Muslim writer Karim Raslan about a group of Christians in Indonesia who forth for their religious rights. To me it is such a testimony of their Christian faith, and how fervent they were to stand their grounds for Jesus. They went on praying even on an empty piece of land which was suppose to be their Church but authorities disallowed the building of a Church ! Despite being intimidated by demonstrators they continued their prayers. Praise God! Hallelujah! I wish I had their faith.

Extract:
Christian Bataks in Jakarta, long denied a permanent place of worship, opt for Sunday morning prayers in the open

I AM a writer. I consider it to be my responsibility to help my readers experience other people’s lives: to educate and, at times, entertain.

Unlike some columnists, I wish to bridge the gap of understanding that exist between groups, not widen them.

Often, this requires a degree of empathy, of stepping into someone else’s place to understand their world, their hopes and fears.

Try to imagine then, that you’re Indonesian and that you’ve moved to Jakarta from your birthplace in Sumatra.

This happened some 20 years ago and you’re now married with children.

You’ve settled in Bekasi, a suburb outside the capital (much like Cheras or Subang Jaya).

Property prices there are more affordable.

The houses are small but sufficient. In fact, some of them have been converted into shops and kiosks.

Labels: Praying for a Church