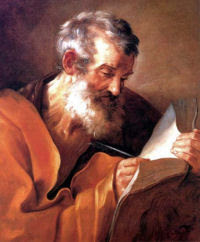 This morning Pastor Richard preached on the Gospel of Mark. He started by introducing this Book to the audience.

Gospel of Matthew, Mark and Luke are called the synoptic gospel. It means seeing together. It was likely that Mathew and Luke had their source in Mark. Mark has 105 sections, out of this 93 are found in Matthew, and 81 in Luke. Mark contains 661 verses, and 606 verses of this are found in Matthew, and 320 verses in Luke.
Mark was the son of a rich lady named Mary of Jerusalem. His other name was John, so he was also known as John Mark. When Paul was in prison in Rome, Mark was with him Col 4.10. In the earlier mission when Paul took Mark with him he quitted half way and Paul was angry with him. Second time Paul had a change of heart, he decided to bring Mark along 2 Tim 4:11 Mark was with Peter too. Peter called him “Mark my son” 1 Pet 5:13

Mark was targeting the gentiles and he explained the customs like washing of the hands in the Gospel.

The main theme of the Book is the Cross, Discipleship and Jesus the Teacher. In Mark, he started “the beginning” whereas Matthew and Luke started with the birth of Jesus. In the beginning God’s plan for His people was already established. God knows, in fullness of time He sent His son Gal 4:4. God is in control.
John the Baptist came to prepare the way for the Lord. He baptized even the Jews and not only the gentiles. The Jews themselves were not supposed to be baptized. Jesus was baptized to show to humanity the requirement of repentance. “He must increase I must decrease”. Temptation in the desert was also God’s plan.
It is ability verses availability. When he called the disciples they left what they were doing and followed Jesus without question – they were available. Complete trust in God.

The question is “Who hold our future and not what is our future”.

Watch the following video whose outlines are similar to Pastor Richard's sermon.