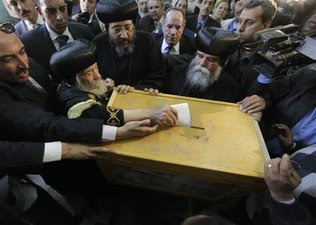 The referendum to amend Egypt's constitution to allow parliamentary and presidential election has just been successfully concluded. People are very concerned for Egypt because it means that the Muslim Brotherhood which has great influence in Egypt may take control of power. In the previous post, Pastor Shaddy Soliman, an Eqyptian leading a church in US has shared his concerns. Now another former Eqyptian Muslim, Dr. Mark Gabriel has also shared similar concerns. They are both Eqyptians with deep knowledge of the political situations in Egypt. The Brotherhood had organized a political party recently and one of its objective is to destroy Israel, so you can interpret what they will do when they come to power. Beside trying to destroy Israel, Christians are certainly marginalize in Egypt.

“We need to pray for the entire Middle East because whatever God is going to allow to happen in Egypt is going to influence the whole region,” says Dr. Mark Gabriel, who was born and raised in Egypt as a Muslim before converting to Christianity, changing his name, and moving to the U.S. Gabriel is author of Islam and Terrorism.

To read the whole article click on the title of this post.
Posted by FBC -Cell J at 7:48 AM